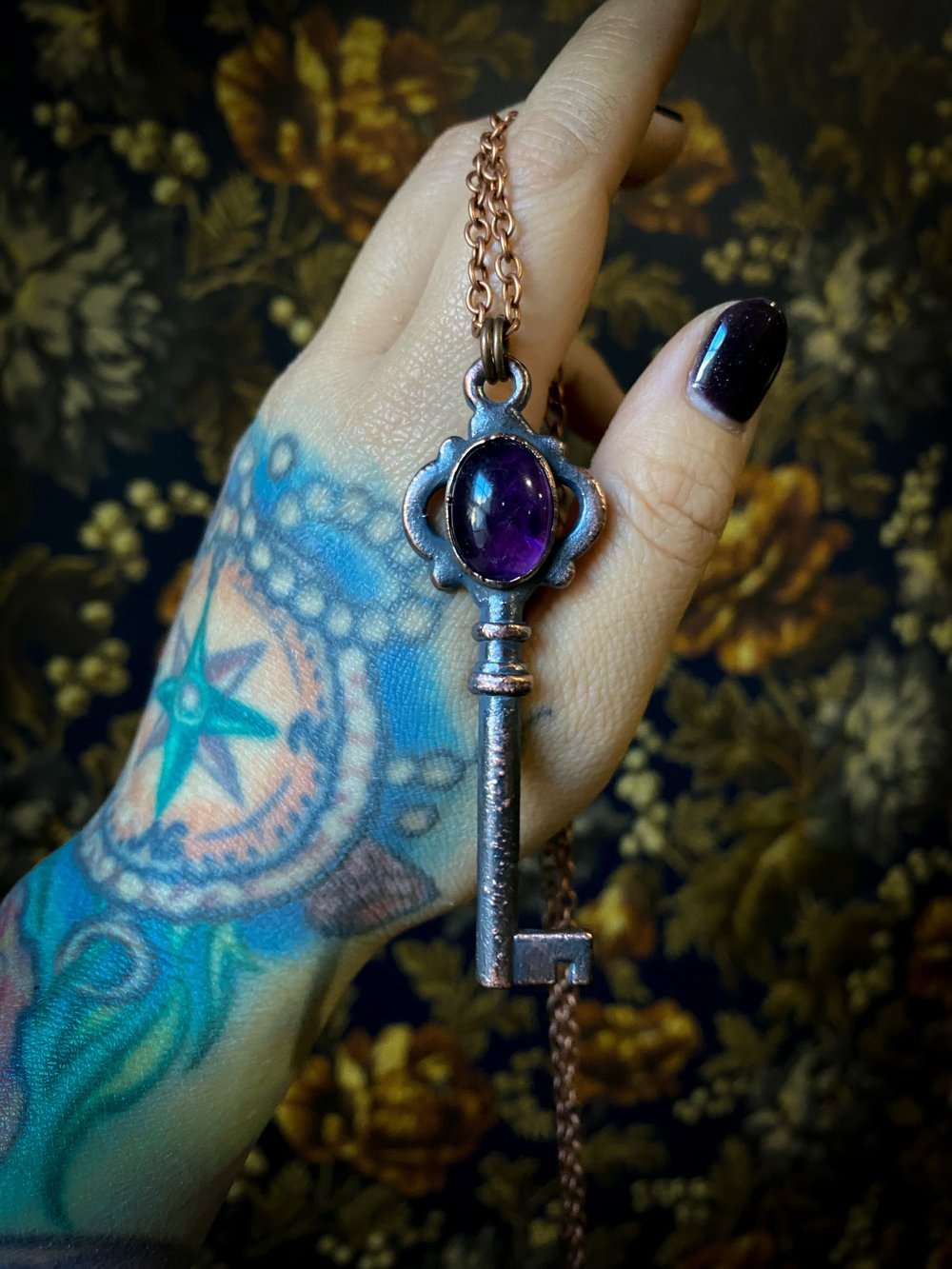 The word 'Amethyst’ comes from the Greek word amethystos, which means sober and alludes to the idea of maintaining a solid, sober mindset. Amethyst is believed to have healing properties that protect the bearer against negative energies. Some believe that the stone’s calming properties produce soothing dreams by making us more in tune with the divine. The stone also brings clarity and peacefulness to the waking mind, as they help the mind flow freely in both the mental and metaphysical dimensions.

Key of Hecate II measures 3” in length. She rests below a 24” nickel free copper chain.